A guest post from Thomas Gregory on John Birmingham’s excellent “How To Be a Writer”: 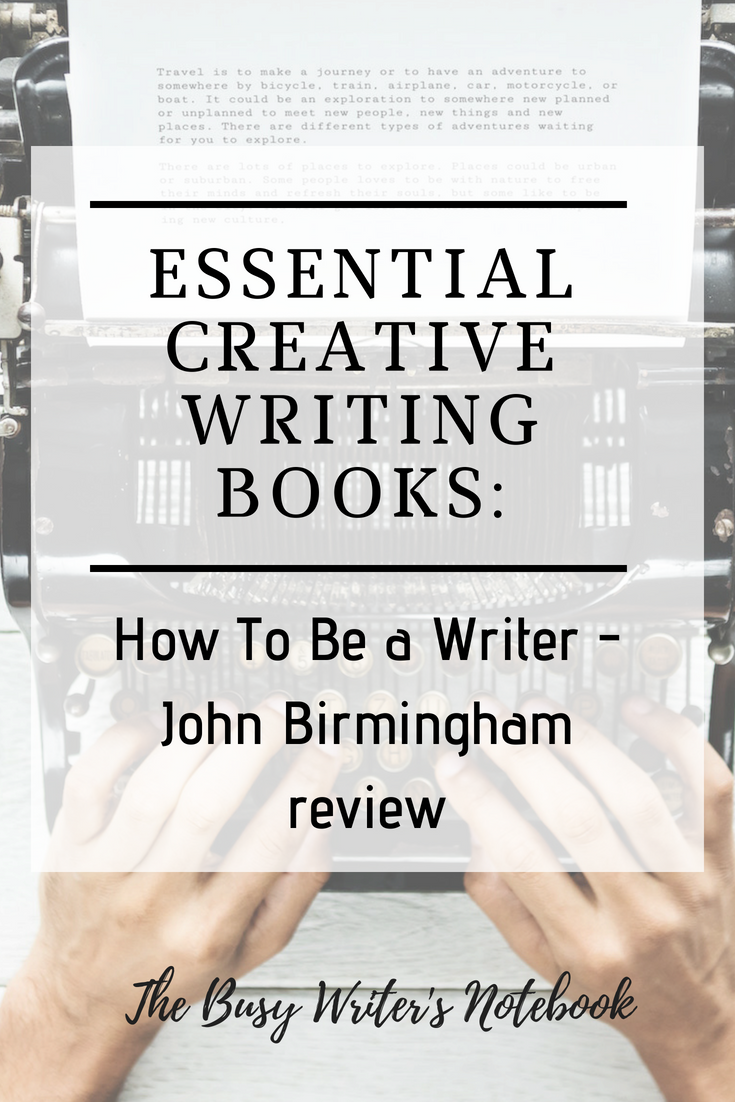 Photo by rawpixel on Unsplash

This page contains affiliate or referral links, which means I receive a small commission if you decide to click through and buy anything. This is at no extra cost to you, but helps me maintain this website 🙂 If you want to know more, please read our Affiliate Disclosure.  Links on this site may lead to products for which the site owner may receive compensation.

Warning: The book about to be reviewed contains strong language and does not take kindly to poets, agents or Stephanie Meyer.

For many people, writing is a therapy; a way to exorcise their demons without the need of a priest. For others, it is a way to tell their story in the hope someone out there will listen. Some believe that they want to create the perfect, timeless artwork in order to be remembered forever.

Of course, it would be nice if we could be paid for it as well.

John Birmingham knows how to get paid to write. He also knows what it is like to not get paid, to grovel at the feet of publishers and magazines, and to fail.

He has written a best-selling memoir, a history of Sydney, a number of science fiction series, a very useful guide to being a modern man, and a Gonzo journey through the culture and history of Marijuana in Australia. He has written for Rolling Stone, Penthouse and has even been quoted in Australian Parliament. He is currently self-publishing novels while being a regular columnist for The Brisbane Times. If anyone has the experience to write a book about how to be a professional writer, it is John Birmingham.

Still, I wish his book had a shorter title.

How to be a Writer: Who Smashes Deadlines, Crushes Editors and Lives in a Solid Gold Hovercraft does not pretend to be anything else but a guide to making money as a writer. It doesn’t tell us the best structure for a novel, how to make your characters “real” or how to split an infinitive.

But it does tell us how to avoid procrastination, write ten thousand words a day, survive the debauchery of a writer’s festival and chase down the nasty editor who didn’t pay you for that article on the Nimbin dope harvest festival. He warns you that agents are “the industry’s foulest, most nihilistic misanthropes” but that without one, you will have publishers “get the intern or the fucking work-experience kid to bitch-slap you for your arrogance because you are such a silly bitch…”

John Birmingham is not afraid to tell you the truth.

Writing is hard work. Writing only when you feel like it is not acceptable, nor is limiting yourself to some narrow genre or type. A professional writer has learned how to write columns, articles and books. They do interviews. They have a presence on social media and they have a blog. They are constantly reading works to see what is popular out there at the time and what people are looking for.

Most importantly: they write.

“Writer’s block? I don’t have it. That doesn’t mean however that I don’t occasionally stare at the screen with a big dollop of spittle oozing out my mouth [or] get distracted by […] whatever fine piece of infotainment is currently oozing from the bunghole of TVSN like a sentient slime mould. But that’s not writer’s block, that is weakness and laziness, and the remedy […] is a big ol’ mug of harden the fuck up.”

Birmingham, fortunately, gives more advice than to “harden the fuck up”. He knows we need hand-holding, just as he did, and offers the solutions that worked for him. A big supporter of the Pomodoro technique and the use of speech-to-text software, he discusses how he uses them in his own developed routine. There is even a chapter on how, with appropriate planning and practice, a writer can pump out ten thousand words a day.

Yep, you heard me. Ten thousand words. That’s a novel a fortnight. Well, a draft. Or something slightly resembling a draft. Still, more words than most of us produce in a year, done in the time it takes to shoot a single episode of Game of Thrones. Maybe George R R Martin needs this book?

It’s not just the writing, either. It’s the researching for stories, the reading of other works, the second, third and thirteenth draft. If you are writing a column, it is about finding a topic, learning everything you can about it, experiencing it, and then writing about it. We’re just fortunate to be doing something we love more than accounting (or in Birmingham’s case, law).

“You can be a columnist sitting in your underpants wiping Doritos dust from your chest. But you will not be a great columnist unless you get out and work your goddamn beat.”

Being a writer is a job, Birmingham says, so treat it like one.

Our writing is the product we are trying to sell. That means we need to do more than write to sell it.

“You’re not Stephenie Meyer. You’re gonna do this properly and the world is going to be spared another terrible sparkly vampire infestation.”

“How To Be a Writer” is the only book by a professional writer in which they show no fear – in calling out bad writers, and in presenting this side of the business. The fact that writing is a business for many, and not just an art form.

Birmingham is clear about what is required to go from a writer to a successful, Professional Writer. He tells us to sell ourselves. To gain followers on social media. To grovel to magazine editors. To write articles before anyone even asks for them, and even be willing to write for free if it will result in publication in a well-known magazine. He tells us to get an agent, even if they are terrible examples of human beings.

If we find publishers just too evil, Birmingham advises, consider self-publishing. Unlike many successful authors, Birmingham does not see self-publishing as less-than-traditional. In fact, he has made the switch himself. He warns us, however, to put in as much work on creating a well-formatted ebook with a professional cover as we did on the novel itself. Know how we are going to market to an audience who might barely know our name. Pimp, pimp, pimp. Do all that right, he tells us, and we just might find success.

Kindly, Birmingham even goes as far as telling us the exact sites, companies and guides he found useful when self-publishing. He praises good editors as those are the ones who deserve the credit for many works. He discusses the pros and cons of publishing with Amazon. At one point he mentions the importance of subtitles in order to stand out. Personally, I think he may have taken it to the extreme.

John Birmingham doesn’t hide the fact he got lucky, of course:

“At the height of my freelancing powers, when I was a contributing editor at Penthouse, Playboy, Rolling Stone and Inside Sport, and a contributor at about half a dozen other titles, I was trousering 12 grand a year.
Not a princely sum, was it?
After publishing Felafel, when my byline became a product, my income grew and never went back down to miserable penury again […] Luck plays a huge part in these things.”

Still, that luck comes from hard work, which Birmingham can not be accused of avoiding. And he encourages us to see it that way. Hard work writing and hard work selling that writing will lead to success.

While “How To Be a Writer” is split clearly between “Putting Words on Page” and “Making Bank”, there is a constant message, a throughline, that Birmingham will not let us forget:

While he encourages us to write in all forms, he also encourages to find out unique voice. When the “Phallus of Doubt”, as he calls it, tells you that you are not good enough, he encourages you to say “Fuck that, dawg! Who cares what that stupid dick says?” Working for free is generally a no-no for Birmingham, who believes a writer who respects themselves should rarely put in so much work if they are to get nothing for it.

Most importantly, he reminds the reader why we are in this “weird and crack-brained business” anyway:

“Because it’s great. Even when it doesn’t work, it’s great. Human beings seek meaning in the world. It is our glory and our curse. We can do no other. And we find that meaning most often in the stories we tell about the world. Storytellers, the curators of meaning, have held a special place in all cultures through all time […] artists as a class are mad. They cannot help themselves. They see the world differently to the way the world sees itself, or would like to be seen […] you probably share this madness.”

I know I share that madness. Let’s go write.

Grab Your Copy of “How To Be A Writer” Here:

I’d love to hear your thoughts on Birmingham’s How To Be a Writer – please leave a comment below, and I’ll get back to you as soon as I can.